Skin in the Game

Click here to listen to this episode of the Discover Health Podcast: https://d2iwv8pn9yf3nf.cloudfront.net/m81KjQyAV_.mp3

Watch the presentation of this podcast on our YouTube channel: https://youtu.be/fpdm5i4tYQ4 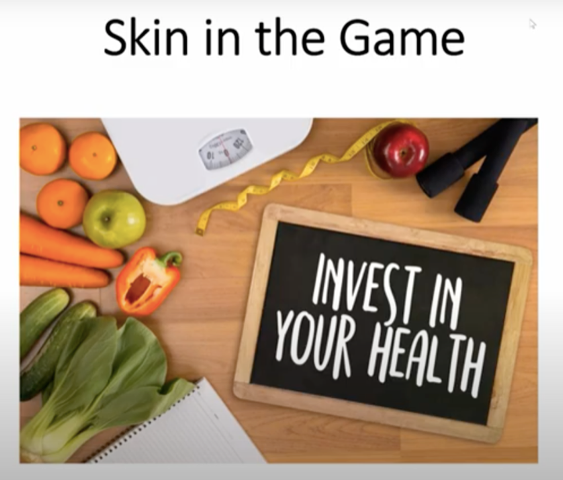 Hi, everyone! It’s Dr. Trish with Discover Health Podcast. Today I would like to spend some time with you talking about a saying that may you or may not be familiar with. It’s a concept of a saying called “skin in the game.” So, the title of today’s podcast is exactly that, “Skin in the Game.”

Now, what do I mean? Well, as a functional medicine specialist and physician, I have so many patients that come to me with these complex histories of many different concerns from everything to, you know, a foundational concern and complaint about their gut health whether it be irritable bowel syndrome with mixture between constipation, diarrhea, bloating, increased gas to cognitive decline. Whether a person’s older or younger, brain fog is a very common complaint of people that come to functional medicine providers. Cognitive decline, as we get into our 50s, 60s, 70s, and 80s, is an even bigger concern because people are worried about obviously developing Alzheimer’s disease. Everything in between from rashes to high blood pressure to autoimmune diseases to cancer.

Folks, functional medicine providers see probably the most complex histories and complaints from the people that come to see us. What I have also noticed is that many people that come to see me realize that when they walk through the door, they’ve already even been doing some things and taking action. Like today’s discussion in this statement, they’ve been putting “skin in the game,” meaning they’ve been investing in themselves, investing in their own health, and doing something already such as they’ve already tried this diet, they’ve tried eliminating gluten, or they’ve tried eliminating dairy. They may not have done a comprehensive elimination diet yet, but they have tried to cut things out. They’ve tried to increase their exercise, let’s say, or they’ve tried to use meditation or something like that. These are some examples of things people may have already been trying when they first walk through the door, and they come to meet someone like myself as a functional medicine provider.

I will tell you, there are others that have not done any of those things. So, what I want to talk about today is this idea of putting skin in the game and investing in your health. I don’t mean just spending money on some supplements because many, many people who come to functional medicine providers have done that too. You’ve spent hundreds of dollars on supplements, and you’re taking a lot of supplements. Remember what that word means. Supplement should be a supplement to some other things you’re doing. It’s an additive to the base. It’s something you’re doing more and you’re supplementing the basic concepts of what you’re doing to try and help your health. 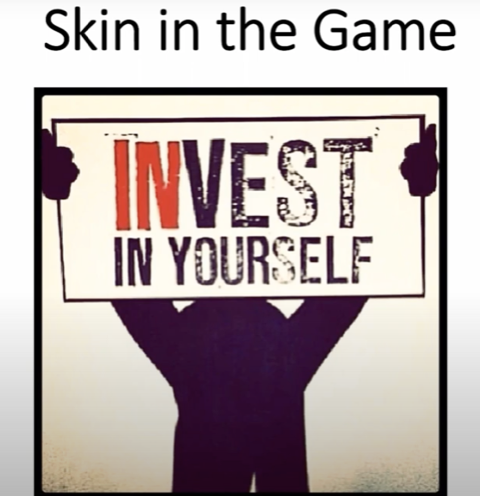 Also, to have skin in the game is to have incurred risk by being involved in achieving a goal. In the phrase, “skin” is an example of a person who is involved, and the “game” is a metaphor for actions on the field of play under discussion. So, when I’m talking about investing in yourself and “skin in the game” I mean that when patients come to see me or any other functional medicine doctor, you realize that you’re going to have to invest and do things, specifically take actions that are going to change your lifestyle and change your life.

Now, I get it folks. I, nor any other functional medicine doctor that’s worth anything, is going to expect you to change everything all at once. That’s ridiculous. Life is a journey, and there are certain changes or certain steps, certain investments, certain stakes you’re going to be willing to do or take. Certain actions to try and reach a goal and other ones you’re not going to be ready for yet or willing to take yet, but the bottom-line, guys, is that if you’re going to put skin in the game. You have to take action and you can’t be like Homer here in this slide.

You see, I’m bringing this up because there are times when I have patients that come to see me, and they do a timeline with the health coach here. We go through the entire history of your entire life, and we outline it. I take the time to read it. I create what’s called in the functional medicine realm the matrix, which means I’m looking for all the different systems of the body, and I’m plugging events in yours or someone’s life into that matrix and I’m looking for patterns of root cause. Then when a patient comes as a new patient, I go over all of that history with them. I go through the patterns that I’ve seen in the history, and I ask them what patterns they see. We come to a consensus. I do a full physical exam, and we come back together, and we make a functional medicine prescription.

Then the patient (you or someone else) takes that prescription and leaves with it, hopefully understanding the concepts or where to go to learn more if you need to, with the anticipation that you are going to do what? You’re going to put skin in the game! You’re going to decide what one of those steps and how many of those steps you are literally going to take action on. You’re going to start doing that between the first appointment and the follow-up appointment with either me or anyone else that you’re working with in the functional medicine realm.

To be honest, sometimes it’s very disappointing and frustrating to a provider like myself that when someone comes back to me in follow-up and I pull up this form that has multiple boxes on it that cover diet, exercise, stress, sleep, supplements, medications, and educational things and I ask them, “Of these different items which ones have you been working on?” and in the end it really turns out that they haven’t been working on any of them…I ask, “Have you done this in this section over here?” “No.” “Have you done this in this section over here?” “No.” It becomes frustrating for us as providers. All I can say is that each of us needs to look in the mirror and ask ourselves, “Are we putting skin in the game and are we taking action, or are we avoiding action?” 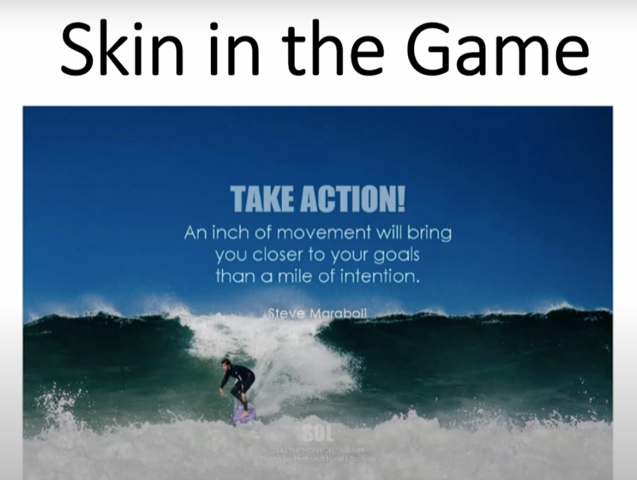 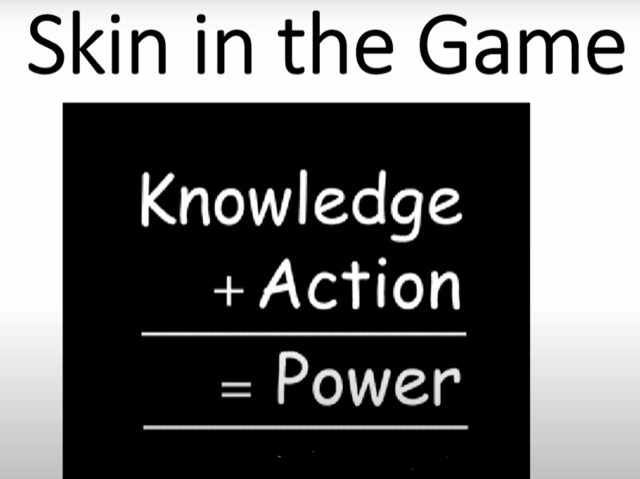 I even had a conversation just this week with one of my patients, and he brought this up actually also, so I knew this is a topic I needed to talk about on the podcast. He said to me, “You know, Trish, you have taught me so many things and your website has so much information, and I was doing it…” meaning he is a person who is in his 70s and concerned about cognitive decline. He’s even been diagnosed with what’s called mild cognitive impairment. It’s the early stages of dementia, and he made the changes the whole last year of during the pandemic and everything. He was following what’s called the KetoFLEX 12/3 Diet. He was walking most days of the week. He was not only walking most days of the week, but he was also lifting weights twice a week which was all new to him. He was doing brain games online on a regular basis – three, four, five times a week. His sleep had much improved, and he was making sure he was getting eight hours of sleep per night. He was taking all of his supplements consistently. His cognition, his energy, his ability to function had significantly improved.

What he told me was that about three weeks before our visit this week, he and his partner had gone to a friend’s house for dinner, and they served some things that were not on his diet. He just decided to eat them because one, he didn’t want to be rude, but also, he felt like not being so strict on himself and so he did. He ate the things that were there. You know, we all do that. It’s fine, but the problem that occurred for him and his partner (because she was doing all these things with him) is that that one night turned into three weeks. They fell off their diet. He has not been exercising. They’ve been staying up later. He’s not been taking his supplements consistently. Folks, within 21 days, three weeks, his cognition became worse, and he realized it. Within the week or a few days of getting in touch with me and us having a formal appointment together, he realized, Wow! Have I fallen off the wagon? Now I feel worse. I’m noticing that my brain is not focused, and I can’t find words when I’m talking to people. My conversational abilities are falling off. My endurance with exercise or walking down to get from the car to the store or whatever is not as good as it was. When I wake up in the morning my brain fog is there. I don’t feel clear, and I don’t feel rested.

So, folks, what happened? He lost the fact that he had been putting skin in the game. He had put an investment in himself. He had taken knowledge, and he put it into action, and it was equaling power and he was doing better. But when he fell off the wagon, you’ll notice his symptoms and his problems were coming back. Again, in order to find resolution in anything we are all going to have good days and bad days. We’re going to have times where we’re all over it and times when we’re not. Everyone’s human. We’re all going to do that, but the more skin in the game you put, the more stake in your health you realize you have, the more knowledge you have. But, the more you put it into action one step at a time – that is what equals power, folks.

So, please, from myself and from all functional medicine providers out there, if you’re interested in working with us the one thing you must realize is we’re going to ask you to put skin in the game. You need to do that because if you don’t put skin in the game and you don’t realize you’re going to have to take action and you’re going to have to change things one step at a time and be taking the steps for yourself on your own journey along with us as your support system and any health coaches out there as your support system. That is what equals success and power and resolution of your concerns.

I hope this helps. I hope it’s motivational. I hope it gives you the idea that you have the power to take control of your health and transform your life. Thanks for listening! It’s Dr. Trish. Hope to see on the next podcast of Discover Health.

For more information on the Discover Health Movement Membership

Get your FREE copy of Dr. Trish Murray’s first book Make a D.E.N.T. in Chronic Disease 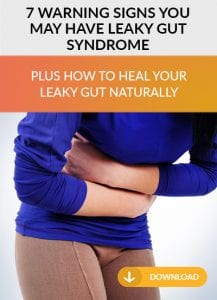 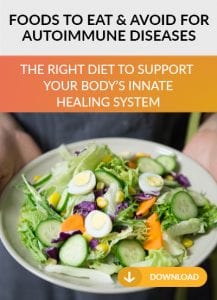 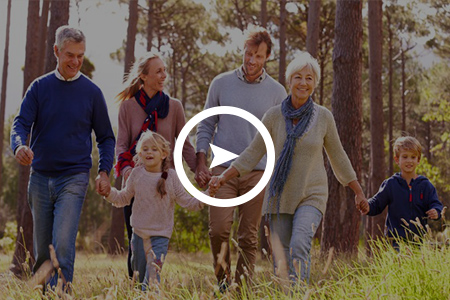